A  productive city is based on a good balance of various uses which support a continuous daily cycle. Sloterdijk already functions as a successful infrastructural hub, there is positive development seen in the office and short-term stay areas surrounding the station, and there are also long term plans in place for the creation of housing. In the immediate surroundings of the station the space already contains a good urban density which will only grow and develop in accordance with the rise of local population. What the space lacks though, is an articulation of the public space. The focus, so far, has been on redistributing and organizing the various flows and locations of public and private traffic, while the content of the public spaces has been neglected. Keeping in mind the future inhabitants of the wider Sloterdijk area, as well as its various temporary and day to day users, we propose a system of flexible development which addresses both long term and short term needs of the area by focusing on enriching the public spaces. 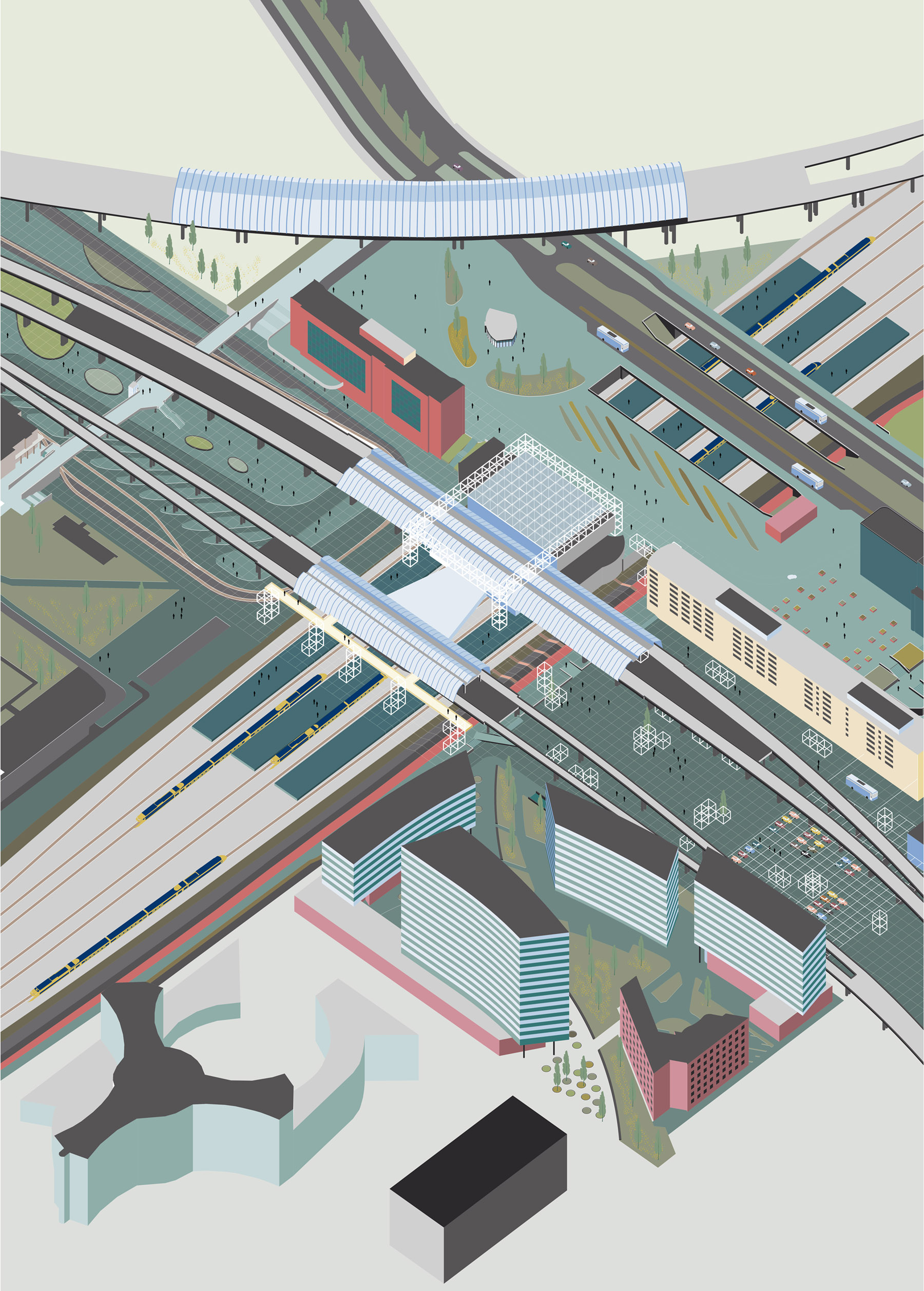 The project introduces a toolkit consisting of various identical spatial modules, each containing a different public feature. The three main areas the toolkit addresses are Infrastructural Helpers, Vertical Communications and Fun Boxes. The Infrastructural Helpers are the primary step of intervention given that they contain necessary amenities such as bicycle storage, bus stations and temporary park & ride areas. These modules address the imminent needs of the area. The Vertical Communication modules are added to the wider area to create better and easier connections throughout the multiple height levels of the Sloterdijk area and the station. Lastly, the Fun Boxes are the true change bringers, carrying with them added spatial value, outdoor activities, green oases and places of interaction.

The various toolkit elements can be multiplied throughout the space according to the changing needs of the area.The flexible toolkit system allows for a gradual development of the public space in Sloterdijk. The amount and disposition of modules and their various types can change and adapt through time, answering the needs of the users. Through time, the placement of the modules does not have to be limited purely to the Piarcoplein area, but can rather be used as a recognizable element of the wider neighborhood, providing function, safety and fun to its inhabitants.